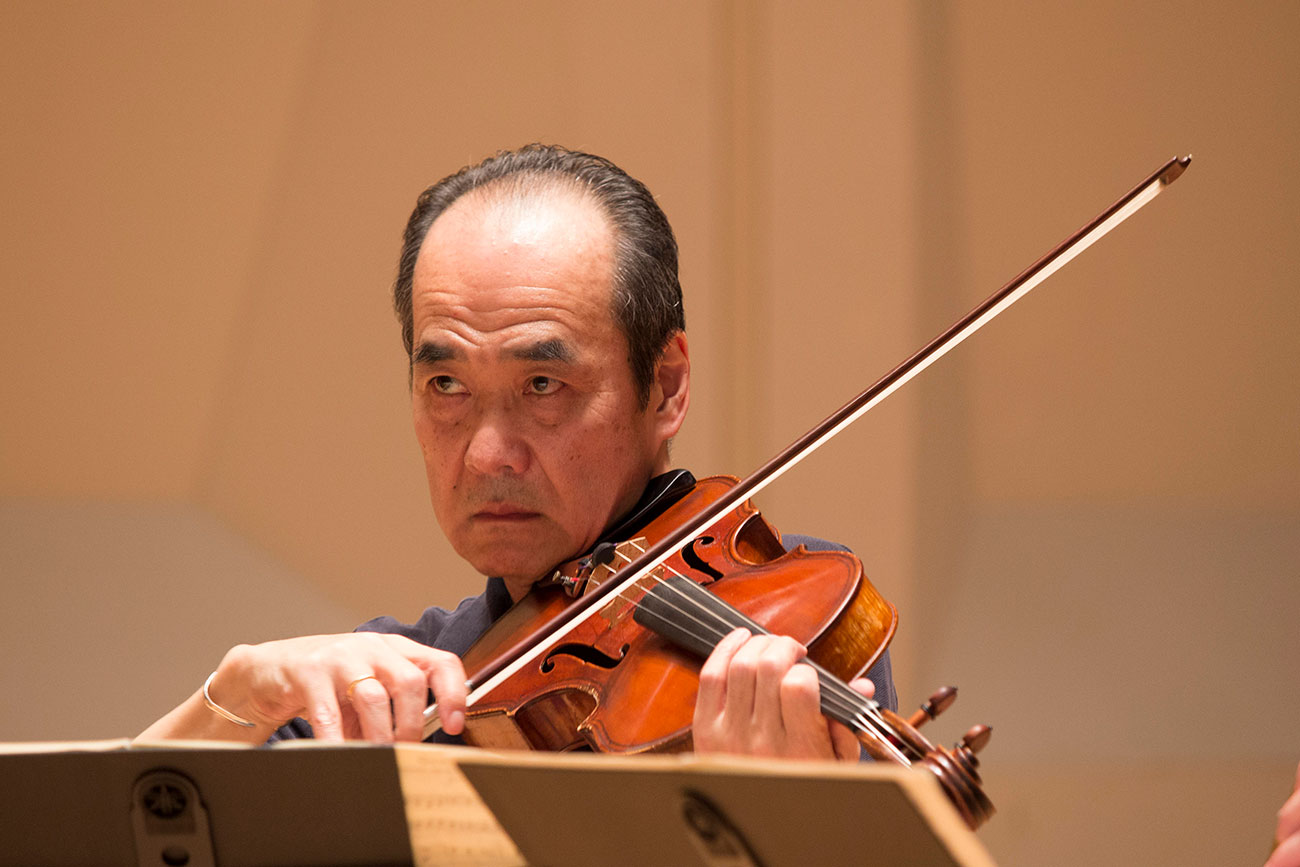 Masao Kawasaki was born in Tokyo, Japan.
He leads an international career as soloist, recitalist, chamber musician, orchestral musician, and pedagogue of both violin and viola. As a soloist, he performs extensively with orchestras throughout Europe, Asia, and North America. As a chamber musician, he has collaborated with the world most distinguished artists including Issac Stern, Pinchas Zukerman, Lynn Harrell, Yo-Yo- Ma, Mischa Maisky, Gil Shaham, Joshua Bell, Yofim Bronfman, and Leon Fleisher. He is a member of Aspen Music Festival Artist-Faculty series, Mito Chamber Orchestra, and Miyazaki International Music Festival.

He made his solo debut at Carnegie Hall in 1985 and has made festival appearances at Miyazaki International Chamber Music Festivals, Mito Chamber Orchestra, Aspen Music Festival and School, Spoleto, Rockport, Casals, Mostly Mozart, Nagano/Aspen, and Viola Space. He has made television appearances on PBS’s Great Performances series, Classic Hours, and NHK-Television. His recordings are available on the CBS, Sony, EMI, Nonesuch, Phillips, Bis, New World, and Pantheon labels.

He is frequently presented master classes and invited to serve on juries of international competitions for both violin and viola in the United States and abroad such as Yehudi Menuhin, Naumburg, and Lionel Tertis Competitions. His multi-faced career has resulted in the development of musicians that now enjoy careers in every realm of the musical field. He was a recipient of the Presidential Scholars Program Teacher Recognition Award in 2004 and the Glover Outstanding Teacher of the Year Award in 1990.