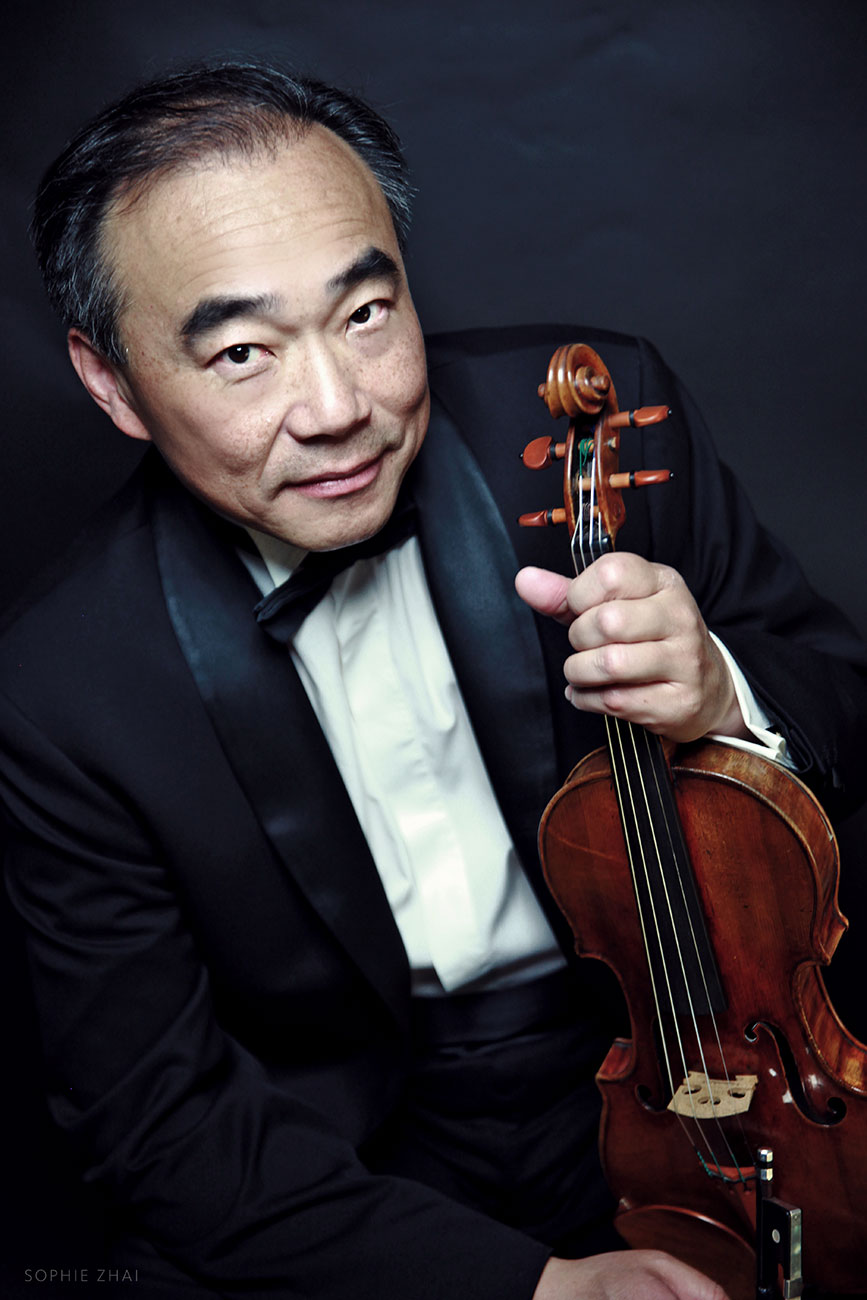 Cho-Liang Lin was born in Taiwan. Upon hearing a neighbor’s violin studies, the 5-year old boy wanted the same musical toy. At the age twelve, he moved to Sydney to further his studies with Robert Pikler, a student of Janos Hubay. After playing for Itzhak Perlman in a master class, the now 13-year old Lin decided that he must study with Mr. Perlman’s teacher, Dorothy DeLay. Two years later, Lin traveled alone to New York and auditioned for the Juilliard School and spent the next six years working with Ms DeLay.

A concert career was launched in 1980 with Lin’s debut with the New York Philharmonic and Zubin Mehta . He has since performed as soloist with virtually every major orchestra in the world. His busy schedule on stage around the world continues to this day. His wide ranging interests have also led him into diverse endeavors. At the age of 31, his alma mater, Juilliard School, invited Lin to become faculty. In 2006, he was appointed professor at Rice University. He served as music director of La Jolla SummerFest for 18 years. Since 2012, he has been Artistic Director of the Beare’s Premiere Music Festival (formerly the Hong Kong International Chamber Music Festival). Ever so keen about education, he created the Taipei Music Academy & Festival (TMAF) for the purpose of providing the best educational setting to talented young musicians. www.Taipeimaf.com

Lin’s passions include tango music, fine wines and New York Yankees. Lin performs on the 1715 Stradivari named “Titian” or a 2000 Samuel Zygmuntowicz. His many concerto and chamber music recordings on Sony Classical, Decca, BIS, Delos and Ondine can be heard on Spotify or Naxos.com. His albums have won Gramophone Record Of The Year and multiple Grammy nominations.