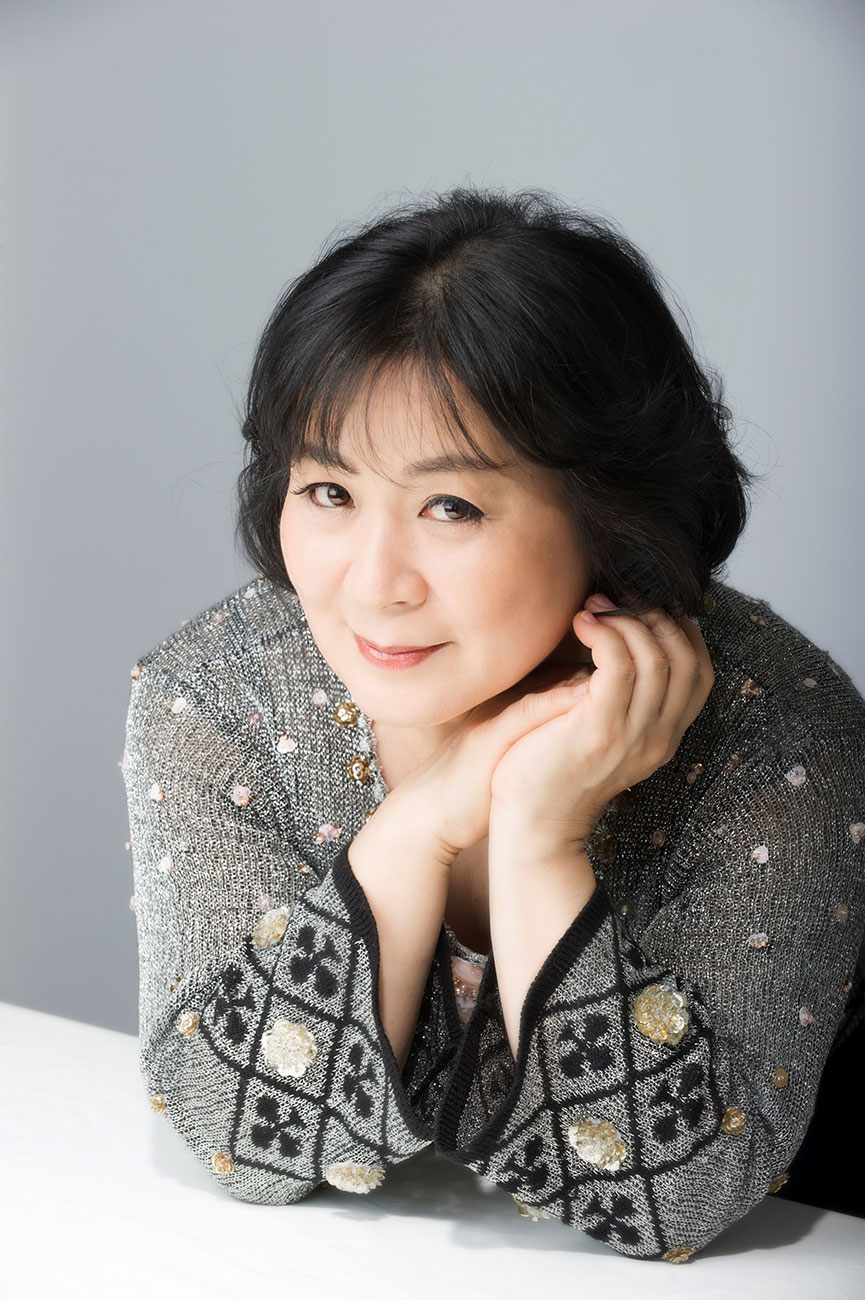 After winning the 41st Music Competition of Japan, Ebi studied at the Paris Conservatory in Aldo Ciccolini’s class. She is based in Paris and Tokyo since then and is dedicating herself performing in more than 37 countries around the world as for example Berlin Philharmony hall, Gewandhaus Leipzig, Theatre de Champs-Elysees, Pleyel, Suntory Hall, Teatro Colon, Wigmore Hall etc.

Activities in the numerous international music festivals, TV and Radio, CD recordings, and has been performing with many world leading orchestras & conductors as Skrowatczewski, Guschlbauer, Foster, Janowski, Sado etc. A two-piano duo concert performed with Martha Argerich has been TV worldwide broadcast in many countries repeatedly.

Ebi has recorded 12 CDs as complete works of Chopin’s Etudes, Nocturnes, Preludes, and Impromptus, concerto, the piano works by Fumet (the world premiere), Ravel, and Hikari Oe, and the chamber music works (the piano quintets) by Webern, Franck, and Pierne, and the other chamber works by Lekeu, and Faure performed with violinist Yumino Toyoda.

Ebi is Chairman of the Frederic Chopin Society of Japan, chairperson of the Planning Committee of the Yokohama International Piano Concert. She served as a former Professor in the Graduate School of Nihon University College of Art, and a former Visiting Professor in the Department of Instrumental Music at Tokyo University of the Arts.