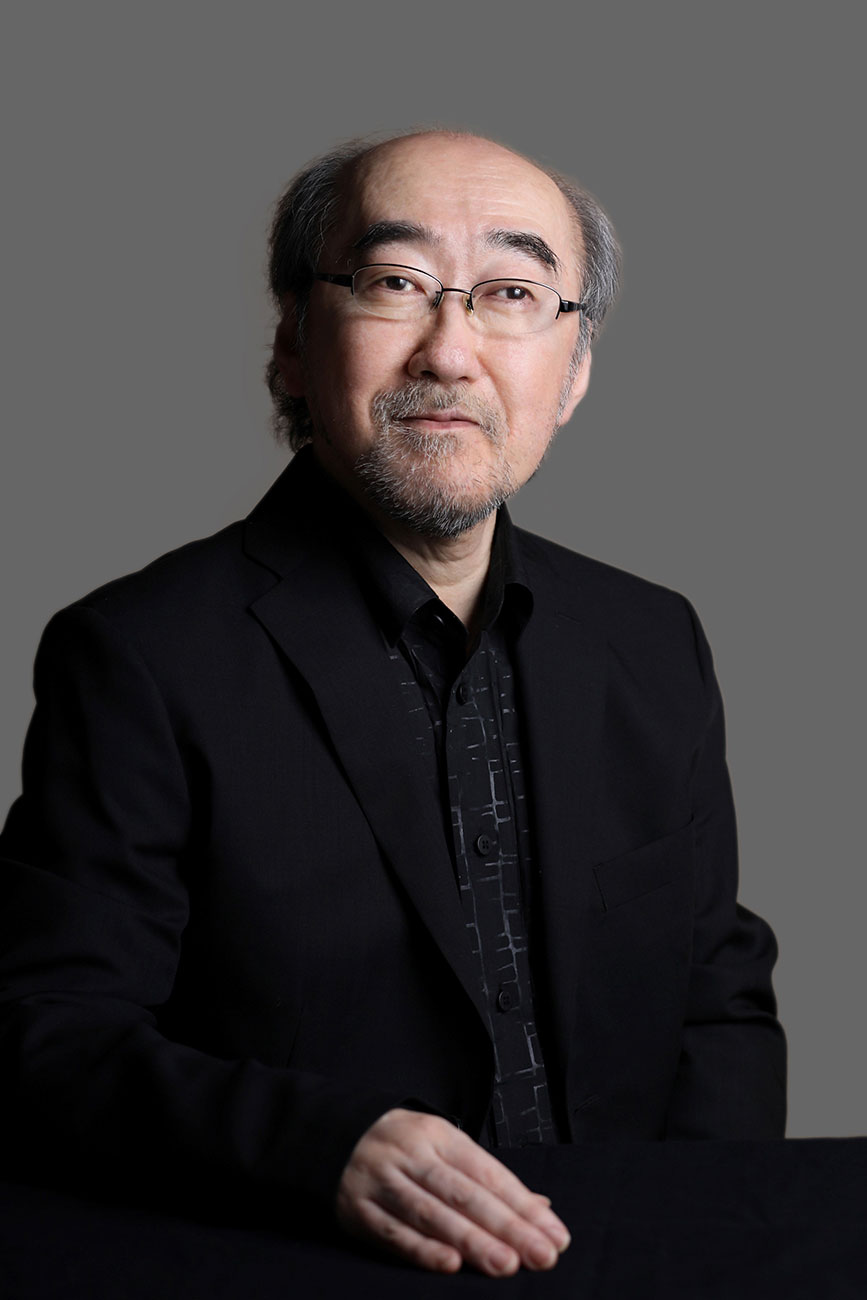 Born in 1953. After graduating from Tokyo University of the Arts and its graduate school in composition, he studied at Conservatoire National Supérieur de Musique de Paris as a French Government scholarship student. As a pianist, he has been performing as a soloist with the orchestras around the world. Also as a chamber musician, he collaborates with numerous world renowned artists. His wide range repertoire covers from classical to contemporary music.

In recent years, he performs and conducts piano concertos and is also active as a conductor including his own compositions as a repertoire. He was the first Artistic Director of Tokyo Sinfonietta.

He has been composing over 150 works, and some of them were commissioned by Ministry of Culture in France, Ensemble InterContemporain, IRCAM, and National Theatre of Japan.

He is currently Music Advisor of Orchestra Nipponica. He has received many awards including the 13th Nakajima Kenzo Music Award, the Art Encouragement Prize for New Artists by the Ministry of Education, the 11th Kyoto Prize Music Award (practical category), the 35th Suntory Music Award, the 55th the Art Encouragement Prize by the Ministry of Education, the 44th and 61st Otaka Prize, Japanese Arts Academy Prize. In 2012 he was awarded the Medal with Purple Ribbon.

He is Artistic Director of the Concert Hall Shizuoka AOI, Music Director of Tokyo Bunka Kaikan, Professor Emeritus at Tokyo University of the Arts and Professor at Tokyo College of Music. He serves as Chairperson of the Japan Faure Society and Beethovenkreis Japan and is a council member of contemporary musical creation at The Prince Pierre Foundation (La Foundation Prince Pierre De MONACO) 2021-2023. He was appointed as the Jury Chairperson of Piano Section of the 8th Sendai International Music Competition 2022.