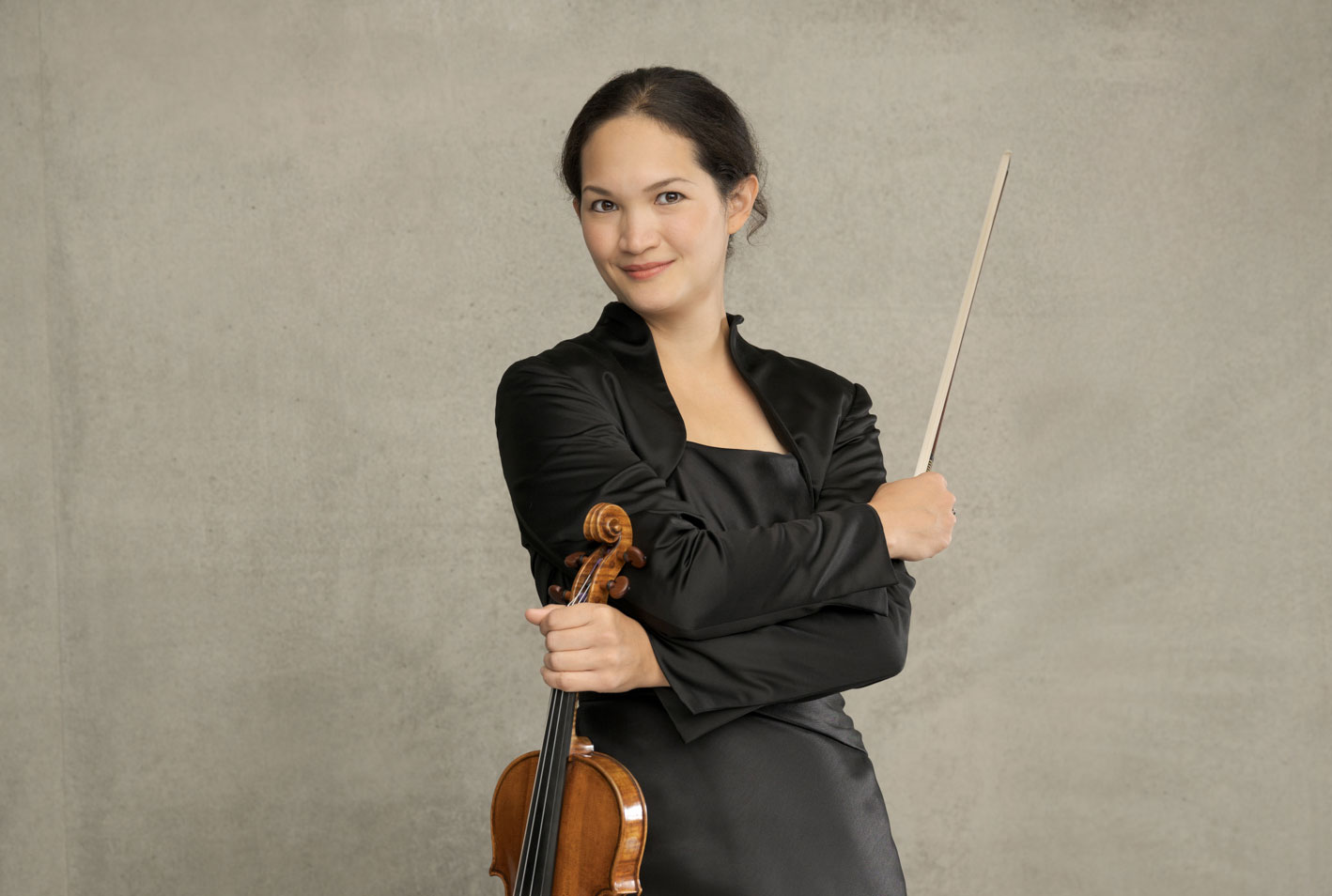 Yuki Manuela Janke comes from a family of musicians in Munich, and has played violin since her early childhood. Having achieved her break-through by winning numerous prizes at the Sarasate, Paganini and Tchaikovsky competitions, she appeared quickly on the most important stages of the world as a soloist. As well as soloist and chamber musician, Yuki Manuela Janke also dazzles as concertmaster of the most prestigious orchestras. Her interpretation of Richard Strauss’ “Ein Heldenleben” in the Golden Hall of the Musikverein in Vienna with the Staatskapelle Dresden with Christian Thielemann attracted particular attention.

As concertmaster of the Staatskapelle Berlin, she enjoys the trust of conductors like Daniel Barenboim and Zubin Mehta. She is a regular guest with the Munich Philharmonic, the Leipzig Gewandhaus Orchestra and various orchestras abroad. She received her most important musical inspiration from Igor Ozim at the Mozarteum Salzburg and through chamber music collaborations with Christoph Eschenbach, Wolfgang Emanuel Schmidt, the Hagen Quartet and the Tokyo String Quartet. Her broad repertoire ranges from baroque music through romanticism to contemporary composers such as Jörg Widmann, Wolfgang Rihm, Krzysztof Meyer, Nicolas Bacri and Markus Schmitt. Long-forgotten Works like Franz Clement’s Violin Concerto, which Janke recorded with Reinhard Goebel and the Nuremberg Symphony Orchestra, are also part of her repertoire. She plays the “Muntz” Stradivari violin of 1736, on loan from the Nippon Music Foundation.